This was my environment modeling project for 3D Modeling in Spring 2011. I picked this scene because I wanted to model something that would remind me of home, and this is a very iconic scene if you ever search for photographs of Istanbul. I actually worked with a reference photo I found that was exactly from this view. I modeled everything in the scene except the two hills to the back of the scene and the sky, all three of which were 2-D planes that were texture mapped and rendered with a transparency map. After this point I texture mapped all of the modeled objects, and for the ground I also used a bump map to get achieve some more realism. This was also my first experience using the Maya Ocean Shader, and I had to play with the settings a lot to get it right. Initially I had the boats float on the sea using Float Locators, but the rendered final image didn’t apply the animation so I decided to go with an animation without the boats. I realized that I should have baked the ocean simulation because I first rendered the scene on different computers but the simulation ended up being different on them. After baking the ocean I should have baked the movement of the boats with the float locators, to make sure their motion was fixed. It was a frustrating mistake, yet a valuable lesson. I’m actually using this scene for a project I’m working on right now, and I made sure not to repeat that same mistake again.

If you want to see the animation, make sure you check out my Demo Reel! 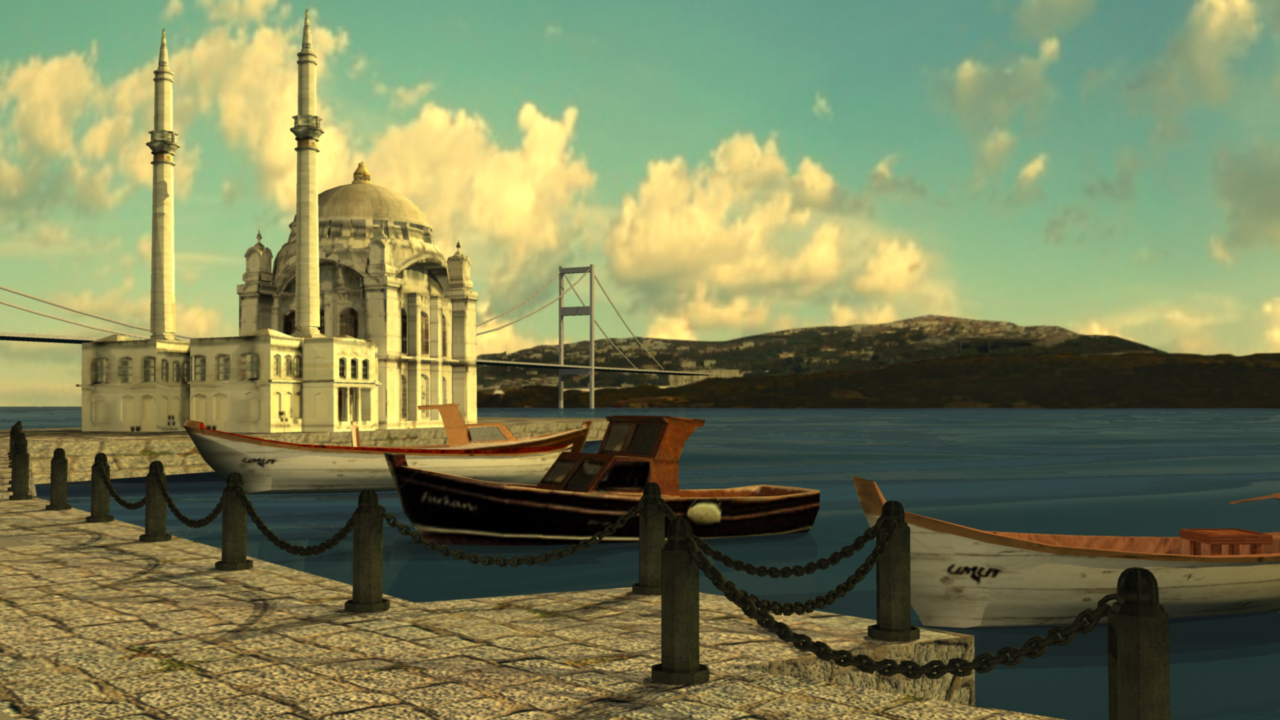